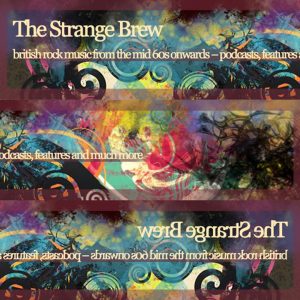 I last spoke to Stephen Emmer at the time of the release of his critically acclaimed album, Home Ground. I caught up with him recently to hear about new remixes of key tracks from that award winning record with ‘Home Ground – The Wilroy Remixes’.

How long have you known Wilroy – what led him to remix six of Home Ground’s tracks?

I was made aware of Wilroy from listening to BBC Radio 6 music where I frequently listen to Mary Anne Hobbs’ show, and as soon as I heard a track by Wilroy, I was intrigued as to how he managed to create a more abstracted type of soul music, as this requires very special skills and a fresh vision towards music.

What was the production process for the EP – what role, if any, did you have on shaping the remixes?

We scheduled a virtual meet on ye olde  web and had various video chats before we started. I learned more about his working process and the way he spoke about it gave me a certain trust in him also in how he would treat my work respectfully and adventurously at the same time! and that is quite a personal victory in overruling my internal control freak!

What do you think the new versions bring out? How do they differ to the original versions?

They do exactly what I was hoping for, namely a number of things: the songs are less traditionally structured, the new harmonies (chords etc) are more Philadelphia then Motown now, the sounds are fresh in a daring alternative R’n’B kind of way, and I could go on with the list, but what has stayed amidst all of this is the intention, message and character of the original songs. All in all that’s a very considerable achievement by Wilroy I find.

Who wrote the tracks with that now feature on the EP?

I co-wrote the songs with Glenn Gregory of Heaven 17 who wrote most of the lyrics next to myself.

Did you have an overall vision you were writing for when you originally wrote the Home Ground album?

Yes that vision was to fuse the more complex, intricate arranged orchestral soul with more of today’s technical sonics (so for example say a classic orchestral soul album like the ones of the rotary connection feat. Minnie Ripperton would have been freshly recorded in our age) add social awareness lyrics which all started with a question I asked myself: “What is going on” still the number one question today (as it was then)?

The songs have a real heart and social consciousness. Do you feel music has a role to play in raising issues or healing division?

Yes I do. Not in changing the world but in trying to raise awareness to change the world. I used to be more of an art for arts sake type of person, but I do feel I agree that it’s every artist’s duty to report on what he or she observes in society and tries to capture that observation I’m the creative work. In this case, I found THE topic of today is more poignant than ever: “where do you feel at home as an individual” in your religion, your family, your head, your heart or in your home? hence the title Home Ground , it became the theme.

How did you get into music production?

What are your career highlights and why?

Highlights are the recognition I gained over the years by my peers, my heroes, my inspirers and my loyal fans all over the globe. Not in the millions perhaps but of course it’s still a wonderful feeling, next to Home Ground awards I received in America.

Do you think you’ll work with Wilroy again?

I would love to, I can see so much going for him, I think right now he is a rising star and talent to collaborate with or without me.

What are your plans for the next year?

Working on an album right now which will be released in spring 2020. It’s completely different again and as such quite radical… let’s chat then, ok? my best to all. Stephen