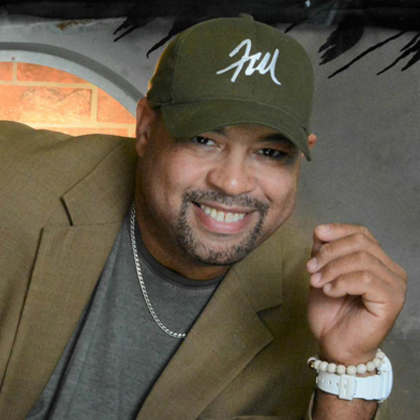 Often compared to Donny Hathaway and Stevie Wonder, McComb has collaborated with many renowned recording artists including Prince, Chaka Khan, Teddy Pendergrass, Gerald Levert, Philip Bailey and Teena Marie. With Buckshot LeFonque he enjoyed a worldwide #1 hitsingle with “Another Day” and he recorded two albums, “Buckshot LeFonque” and “Music Evolution” and toured all over the globe which led to his 2nd recording contract with Columbia Records.

Over the years Frank released several albums, like “Love Stories” (2000), “The Truth” (2003), “Straight From The Vault” (2006), “A Tribute To The Masters” (2007), “A New Beginning” (2010) and most recently “Soulmate : Another Love Story” (2016).  McComb continues to record and release the kind of music he grew up listening to years ago when real chord changes existed, songs had a subject and the most important, when there was integrity.