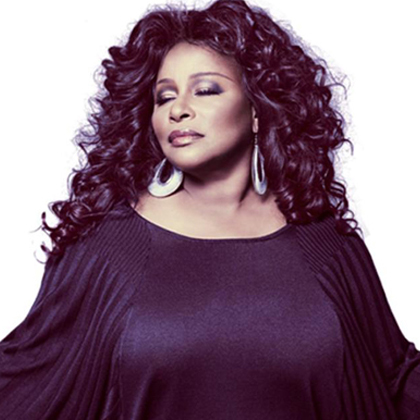 And last but certainly not least we proudly present no one less than the legendary 10-time Grammy Award winning queen of funk, Chaka Khan.

She has exclusively co-written with Stephen Emmer and vocally performed with an electrifying, classic Chaka performance on a song called “Under Your Spell” for the Home Ground album.

She was raised on Chicago’s South Side, and at the age of 11 formed her first group, the Crystalettes. She’s an American songwriter, actor, author, philanthropist, entrepreneur and activist whose career has spanned four decades. In the 70’s she was know as the front woman and focal point of the funk band Rufus and is widely known as the Queen of Funk. Next to winning ten Grammys she has sold an estimated 70 million records worldwide.

In 1978, Warner Bros. Records released Khan’s solo debut album, which featured the crossover disco hit “I’m Every Woman”, written for her by songwriters Ashford & Simpson. Khan was ranked number 17 in VH1’s original list of the 100 Greatest Women of Rock & Roll. In 2015, she was nominated for induction into the Rock and Roll Hall of Fame for the second time. Khan was the first artist to feature a rapper with “I Feel for You”, back in 1984.

Preview, stream or download ‘Under Your Spell’ feat Chaka Khan – The Remixes here.