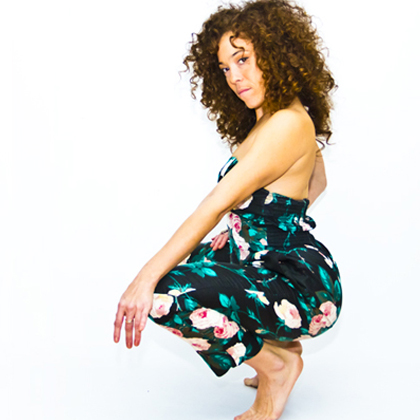 Home Ground also features the lovely Kendra Foster, a recent Grammy Award winning co-writer/singer for D’Angelo’s latest album and a well-respected member of the P-Funk family who toured with both George Clinton and D’Angelo.

While still a freshman at F.A.M.U. (Florida A&M University) she got introduced to Michael Patterson, better know as Mike P. Whilst working regularly at George Clinton’s studio, Mike eventually decided to bring her into the fold, where she began recording minimally while waiting for an opportunity to ‘grace the mic’. After 1-2 years, the substantial amount of material Kendra recorded finally caught Clinton’s attention, and he signed her to a production deal and asked her to join Parliament/Funkadelic on the road.

A couple of years ago she realized another dream of hers and began writing with the incomparable D’Angelo for his album ‘Black Messiah’. In January 2012 she began singing background in his band The Vanguard, accompanying him on his first tours in a decade.

At the 58th Grammy Award she received a Grammy in the category Best R&B song for “Really Love”.