An iron fist in a velvet glove

An iron fist in a velvet glove
Posted in Press 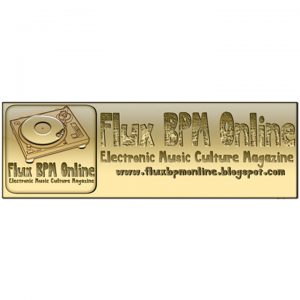 Stephen Emmer is a Dutch composer/ arranger and musician, who creates contemporary albums that focus on a genre of music brought to life with celebrated vocal styles. In 2014 Stephen launched the International Blue project, celebrating the art of the pop crooner with Glenn Gregory, Julian Lennon, Tony Visconti, Midge Ure and Liam McKahey. The album, launched at Abbey Road to global critical acclaim, spawned the meeting of minds, that later became Visconti’s Holy Holy project, whilst Stephen was already considering his next work creating ‘Home Ground’ joined by celebrated, Soul singers such as Chaka Khan, Patti Austin and the late Leon Ware’.

‘Home Ground’ is an album project that has arisen from the eloquence of spiritual soul music, orchestral composition and a socially conscious lyrical style rooted in the past from the likes of Stevie Wonder, Marvin Gaye, Isaac Hayes, Bill Withers and Curtis Mayfield. With ‘Home Ground’ Stephen has created an album that emphasizes the drama and sophistication prominent in this lost musical genre, not merely replicating it in a pure retro, nostalgic way, but merging the emotional messages of then with the sonic impact of today.

The main topic of ‘Home Ground’ is about a world that is constantly in conflict over land, religion and race. It’s not only black against white, it’s poor against rich, it’s fair against unfair. In an effort to help make this world a better place the ‘Home Ground’ campaign will be in support of the charity War Child. Based on the lyrical context and the fact that the project is music based Stephen immediately thought of War Child as the perfect fit. The charity uses both music and creativity as an important tool in their program for children to overcome fear, depression and aggression. The campaign will therefore focus on creating further awareness for the amazing work that War Child does, whilst at the same time donating a fair share of proceedings to support them in helping children from conflict affected areas.

Inspired by music arrangers such as; Charles Stepney, David Van de Pitte, Dale Warren, Gene Page and Johnny Allen all of whom were adventurous in their, almost cinematic, use of the orchestra for soul music and gave it more sophistication and refinement. This serves in providing a more dramatic musical backdrop to the actual message of the words. The composers and artists of that era often decided to embed the harsh meaning of their words in a less aggressive, more soothing kind of musicality, rather then sending off angry lyrics with angry music, acting as an iron fist in a velvet glove.

Stephen started his career in the Minny Pops, the first Dutch band to be championed by John Peel who toured the UK supporting Joy Division & New Order. He was also in both The Associates & The Lotus Eaters. In 2006 Emmer produced a highly acclaimed spoken word album ‘Recitement’ featuring the voices of Lou Reed, Alan Ginsberg, Richard Burton and Michael Parkinson. With the aforementioned ‘International Blue’ released in 2014. In between making these exceptional concept albums, Stephen is one of the leading composers on Dutch TV.

Listen to the album here