Home Ground is diverse, credible and unique…
Posted in Press 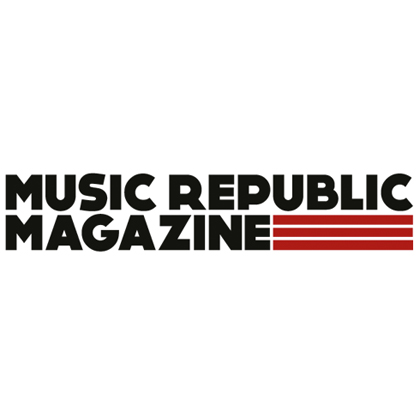 Emmer is a Dutchman who creates contemporary albums that focus on specific genres of music for each project, brought to life with various guest vocalists. In 2014 he launched the International Blue project, celebrating the art of the crooner, with Glenn Gregory, Julian Lennon, Tony Visconti, Midge Ure and Liam McKahey. It later became Visconti’s “Holy Hoy” project.

Stephen’s new project, “Home Ground,” attracts a very impressive roster of singers, including Chaka Khan, Leon Ware, Patti Austin and Frank McComb. At its heart, this is a classic retro soul album of varying styles of that timeless genre. It is all about ‘The Voice’. Not that TV talent show with the red chairs; I am talking about a gaggle of vocal talents extraordinaire.

Emmer has played a binder in securing the services of this talented cast. Nine tremendous artists on a dozen cuts, the material a mixed bag of styles and quality, penned by Emmer on his own and co-writes with Heaven 17’s Glenn Gregory, Chaka Khan and Ursula Rucker.

There is a sincere nod of gratitude to the talents of music arrangers such as the great Gene Page, David Van de Pitte, Dale Warren, Johnny Allen and Charles Stepney, with some classic Emmer string arrangements across this album.

This is spiritual soul music with a social conscience. There’s also inspiration from such legends as Curtis Mayfield and Isaac Hayes with the lyrical approach. The overall concept is focus on a world that is constantly in conflict about land, religion and race. Fair against unfair. The project will help raise awareness of the work of War Child and will also donate funds from the sales proceeds, to help the charity support children from conflict-affected areas.

Stephen Emmer began his career in The Minny Pops, the first Dutch band to be championed by John Peel and who toured the UK supporting Joy Division and New Order. He was also in the Associates and The Lotus Eaters. In 2016, Emmer produced the acclaimed spoken word album “Recitement”, featuring the voices of Lou Reed, Alan Ginsberg, Richard Burton and Michael Parkinson. Stephen is also one of the leading composers on Dutch TV.

“Home Ground” is diverse, credible and unique – taking us back to the days where bands and artists would take years to deliver (often overblown) “concept” albums, which usually ended up as commercial failures. The ‘concept’ of this record is of an old school soul vibe, where various perfect-fit singers collaborate with the producer to make the material their own, and one can take or leave the subliminal political or social message. Good music is good music. A lot of that here. But it is not an even listen and some of it is heavy going. But the good well out numbered the not so good, for sure. Some of these vocals are stunningly good.

There are four ‘Interludes’, short snatches of spoken word and music, and 12 full tracks. Opening with “A New Day To Come”, with Andy Bey on vocal. A deep ‘in your boots’ baritone, a theatrical and soulful delivery. A stripped down cut where the voice commands attention – but the song doesn’t. “Close To Life” features the late and great Leon Ware and the superb Frank McComb, on a moody and classy number. The title track brings in the killer vocals of Ms Patti Austin, the first bullseye of the record. “Soul Glow” is a strong song and a very strong vocal from “one to watch”, Kendra Foster.

Chaka Khan needs zero introduction. She penned the lyrics to this Stephen Emmer song, “Under Your Spell”, a mid-tempo affair which gives her room to step up the gears to a spine tingling “Chaka” crescendo. I never keep hold of texts on my mobile, but I have one from Ms Khan from when I last interviewed her, and I look at that now and again and smile. Love that woman’s voice and her Rufus stuff.

Dwight Trible sounds a lot like Andy Bey, on “Everybody’s Movin’ ”. One of the best songs and best vocals on the record comes from the sublime Mary Griffin, on both her contributions. “Own Again”, and Place Delight”. On the first one she sounds uncannily like Dionne Warwick, and the lush strings adding great value. On her second track, a commercial, superb song and truly awesome vocal. If Stephen had chosen Mary to sing all the songs here, I for one would have been very, very pleased indeed. No disrespect intended to the other singers.

Mary appeared in the movie “Studio 54” and played Amii Stewart, singing “Knock On Wood” for the soundtrack. She toured with Patti LaBelle for 13 years and George Clinton for seven years. She performed “Can’t Take My Eyes Off Of You” with Frankie Valli for the closing credits of ‘Conspiracy Theory’. Mary also sang “I Wanna Get Back With You” for the movie ‘Driven’ starring Burt Reynolds. Other notable movies that feature Mary’s voice include a duet with Benny Mardones for ‘Coyote Ugly’.  Celine Dion sang Mary’s song, “I Surrender”. In 2011, Mary recorded the theme song “Speed“ with Stephen Emmer producing, along with two other songs for the stage show “Holiday on Ice”.

Ursula Rucker takes on the spoken word for the short track “Soil”. Dwight Trible is back for his second stint, on “God It’s Hot (Today). The most commercial and “up” cut of the lot, “Yesterday Oh Yesterday”, is a real joy. A great song, penned by Emmer and Gregory, and sung by the uber-talented Frank McComb. Channelling Steve Wonder in phrasing and timbre/tone, the song is a perfect fit for Frank. Infectious hook and one could be forgiven for thinking this is a lost early Motown cut from ‘Little Stevie Wonder’ – especially as it sounds a little “If You really Love Me” (penned by Mr Wonder and Syreeta Wright in 1971) on the chorus. I hear major radio airplay for this, if it was issued as a single here.

The album would have done better to end on a real high with the sizzling McComb track, but they push on for one more, the closer “Pangea”, again featuring Andy Bey who opened proceedings.